Both bolts and screws are fasteners that assist in positioning objects and holding them together, but they have their unique characteristics. Basically, from product design to manufacture or repair all requires identifying specific tools without ambiguity.

So it is essential to distinguish one from the other. Here the fundamental difference is screws are mainly used to assemble threaded objects; on the other hand, bolts are used for unthreaded elements with a nut. People who use bolts are familiar with bolts breakage due to tightening the threaded nuts or using nuts of the wrong size. This article will be helpful to those who want to know how to remove a broken bolt from aluminum most efficiently and cost-effectively.

Broken bolts can make your construction or repairing job challenging; even with several attempts, you might not remove those. When the bolt brakes and gets stuck in an aluminum block, you need to try several methods to remove it out. This removing task requires the right tools and some skills, patience, and guidance also to do it successfully.

You can remove the bolt either with a bolt extractor or a propane/ acetylene torch. You can also do it by soldering a nut with the bolt and release them simultaneously. Here are step-by-step guidelines to help you remove broken bolts from aluminum without damaging any engine parts.

How difficult is it to remove a broken bolt from aluminum?

A large number of mechanics have bitter experiences regarding rusted bolts that break while unthreaded. This incident especially happens with aluminum-made components. However, the bolts become brittle due to the exhaust manifold or undergoing excessive heating and cooling cycles. As a result, the links become weak, and the bolts fall out.

The common problem associated with aluminum pieces is galvanic corrosion. When two different materials are coupled into the corrosive electrolyte and cause corrosion damage, it is referred to as galvanic corrosion. Unfortunately, this mechanism has made the extraction of the broken bolt from the aluminum block quite tricky.

Bolts, screws, or other fasteners go through stress corrosion due to exposure to the environment, tension, and repetitional stress. Shaft, throttle, frame components, and gearbox are all subject to cyclic and static loads. So bolts tend to become loose and fall off. You need to apply lubrication to the bolts during installation to minimize tension and restrain it from breakage.

What will you need to extract a broken bolt from aluminum?

While dealing with a rusted or corroded bolt, a good quality penetrating oil can do wonders. It will be more effective if you allow it some time to soak in. After applying this oil, you will have to use pliers or a wrench to remove the broken bolt. 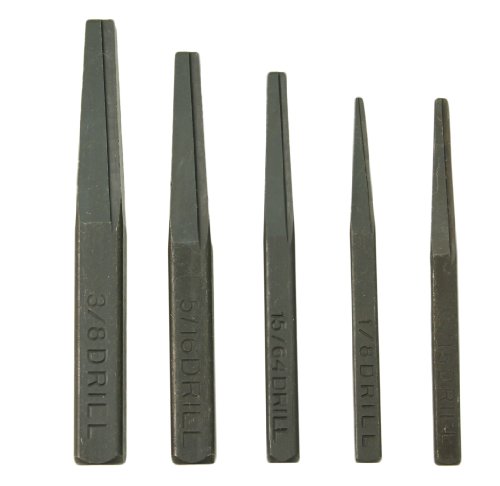 If you wonder how to remove a broken bolt with an extractor, now you will get a clear idea. There are both straight fluted extractors and fluted spiral extractors. You can use the first one to remove bolts, studs, and screws. You have to turn the extractor clockwise or anti-clockwise to bite into the damaged bolt to remove left or right-handed threads. The fluted spiral extractor with the drill-out end can quickly remove the bolt by attaching it to a variable speed drill. No other tool is required here. 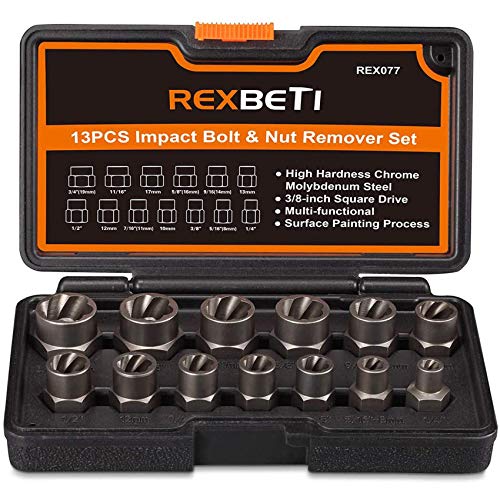 There is a spiral extractor and a burnishing head on one side of a bolt remover. You have to use this tool with a drill to remove the bolt efficiently. This is because the burnishing end of the bolt remover reshapes the inside of the bolt you are removing. However, you can choose this type of extractor if you plan to draw lots of bolts. Additionally, using this tool, you can extract studs and screws also.
Propane torch

To save time and money and avoid unexpected problems, you can carry a propane torch in the car. Using the torch, you have to heat the bolt and mini portion of the aluminum surrounding to relieve the bolt from its tension. You have to give sufficient heat to make the metal stretch to remove the bolt. 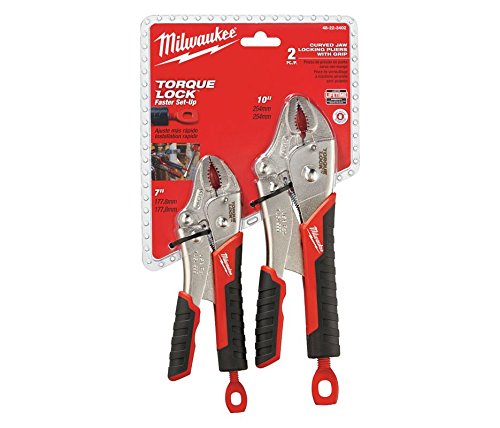 You can use locking pliers to remove complex objects to pry or pick with high torque. People mostly use this tool to unblock, untangle, or fix loose attachment points. Using locking pliers reduces the effort to remove the broken bolts from aluminum blocks. 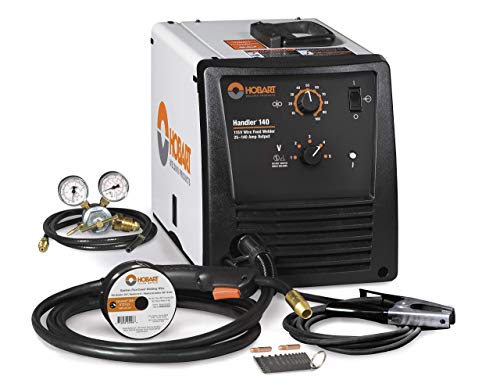 A MIG welder is a suitable tool to do this job. First, you have to weld the broken top of the bolt with the inside nut. Then remove the nut and bolt simultaneously with a wrench.

As it is a tricky job, you have to apply several methods to be successful. Firstly you need to arrange all the necessary tools. You can buy those from the nearby hardware store.

Once you have rented or bought all the necessary items, you can start your task. First, apply penetrating oil to the bolt’s head. You can use Mystery Oil or WD-40. Let the oil drip slowly and gently around the bolt and work into the threaded portion eventually. Before you attempt to extract the bolt, allow the oil to work for at least three to four hours. It will penetrate the broken part and make it slack as much as possible.

Now take a pair of locking pliers and tighten them until you are sure that the teeth properly fit around the remaining portion of the bolt. It is not wise to apply too much force as it can cut the remaining part of the bolt and make the bolt extraction task more complex. Now clamp the pliers around the bolt and gently turn them. Repeat this process few times but without exerting more force. If the bolt does not come out, proceed to the following method.

Tips: Do not apply an excessive amount of force while trying to remove the broken bolt with the pliers.

Now you can apply heat to remove the broken bolt out of the alumiunm. So take a propane torch and heat the bolt and a little portion of the surrounding of the aluminum block. When heating with the torch, make sure you hold the propane torch a few inches away from the bolt. You do not need to touch the bolt or the aluminum metal with the torch. Only the flame should touch the bolt and ¼ inch of its surrounding.

Now, wait for a few minutes; maybe it will take five to ten minutes, depending on the aluminum thickness. When you find the metal becomes red-hot, remove the propane torch and let the bolt and the surface be cool.

Then, wait for ten to twenty minutes to let the broken bolt and the surface become sufficiently cool, and use the locking pliers again to engage the broken bolt. Now turn the bolt until it becomes free. Try it five to six times. If still you are unsuccessful, proceed to the following method.

Tips: When trying this method, you need to remain more careful as heat makes the bolt and aluminum surface softer and can break easily.

In this step, file down the top of the bolt using a metal file until the surface becomes perfectly flat. Now you will need a bolt removal bit to place it on the flat surface. Then turn the bolt removal bit until it properly locks into the bolt. Now twist it back to the left to turn the broken bolt and extract it from the aluminum block. Hopefully, you are successful now. If not, you can try the following step.

Tips: Use the metal file and bit carefully.

Method 4: Welding on a broken bolt

A MIG welder is preferable for this task, but you can use a stick welder, too, depending on where the breakage occurred. To start, take a flat washer or a nut with an inner diameter equal to the size of the stuck bolt. Now, place the nut with or without the flat washer on the bolt. Then weld the broken top of the bolt with the inner side of the nut.

After welding, take a wrench and use it to extract both the nut and bolt together. To apply this method successfully, you should have solid knowledge regarding heat transfer and welding. Additionally, this method is a little time-consuming.

Tips: Wear safety glasses and gloves while using any welder.

1. How to remove a broken bolt without a drill?

2. How to remove a broken block from an engine block?

Bolt breakage is a common phenomenon as aluminum gets corroded at the point where the bolts mount. However, it requires plenty of patience and hard work to remove a broken bolt from the aluminum head. So, do not be gloomy if your first attempt does not work. If one process does not work, try it three or four times, then proceed to the next step.

It is sometimes frustrating to remove the bolts, but hopefully, you can do it by applying the steps mentioned above one by one.

Polyurethane, in short PU, is widely used in multiple home applications, like in the varnish of furniture, sealants, paints, or anything. It is a beneficial plastic substance for high-end and better-performing appliances. However, the problem begins with sticking the polyurethane on your hands. Because like other chemical substances, it can be detrimental to your skin….

Are you feeling uncomfortable or struggling to make the best use of your tool belt? Do you always feel the necessity of more spaces in your tool belt even though there are ample pockets? If yes, well then, you have landed at the right place. A perfectly organized tool belt ensures the safety and increases…

Log splitters have been invented to make the chore of chopping wood much effortless and less physically intensive. This invaluable equipment lets you blast in a job in a fraction of the time it would take while using an ax. But log splitters are a potentially dangerous piece of machinery, so it is mandatory to…

The method of smoothening the joints between the installed drywall panels and making them ready for painting or a textured finish is referred to as drywall finishing. This simple process involves applying fiberglass or paper tape over the joints, embedding joint compounds to cover the taped seams and fill the nail or screw holes, and…

No matter what type of drawers you install in your dressers, cabinets, side tables, or other places, drawers get stuck at one time or another. It is a widespread problem, and it can be due to multiple reasons. Perhaps the under-mount slide is getting rusty, and you need to add more oil. Or it is…

Nowadays, it is a trend to have sanded concrete in our homes and offices because of the classy and professional look it creates. But it is a bit tricky to sand concrete. So you must have proper knowledge on how to sand concrete to bring a grandeur appearance. Concrete is basically a flooring material used…